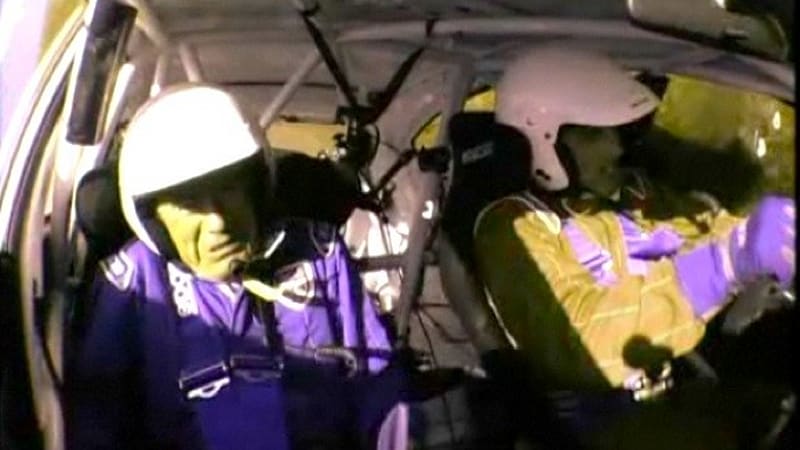 Fifth Gear presenter Tiff Needell and actor John Barrowman who was a guest on the show walked away after an 80 mph crash during a race in Powys, Wales. The two were filming for an episode of Fifth Gear and Barrowman was driving a rally-prepped £120,000 Subaru (with Needell as co-pilot) when he lost control of his car, “slid down a verge, flipped four times and almost went into a lake at the bottom of the hill”. Paramedics quickly came out and pulled the two stars out of the car and they were both taken to a hospital, not before shattered glass was removed from Barrowman’s eye.

Barrowman said: “I’m lucky to walk away unscathed. I got a ticking off from my mum afterwards.” What’s really interesting is that Barrowman portrays Captain Jack Harkness in Torchwood, a characted which cannot die.

Images from the crash will be shown in the next episode of Fifth Gear on Channel 5.